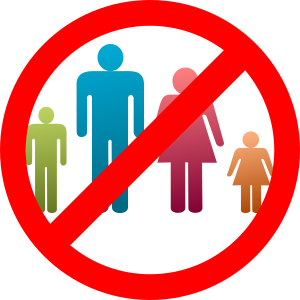 Some RPGs use characters from the protagonists past, like family, as part of their story. Mass Effect Andromeda or Fallout 4 would be examples in which the characters family plays a role in the games main story. In this article I will explain why I have come to believe that this might actually not be a good idea.

Why do games involve the family of the hero?

Developers always look for ways to make their games and stories more engaging, more captivating and emotional. After all, that is why we play them, right?

Family is a plot device that everyone understands without the need for long (and thus expensive) explanations. It immediately gives you people with whom the protagonist has a (usually positive) relationship. You dont have to explain how they know each other or what they went through or why they like each other. Theyre family.

So when your father gets murdered, your brother ends up in a coma, or your child is kidnapped, thats a simple - one might even say cheap - way to get the players blood pumping and engage them in the story.

Or so the developers seem to believe.

The problem is that I do not actually know these characters. The game throws a bunch of people I never met at me and tells me: Heres your family. Now love them! And then Im supposed to feel something when bad things happen to them.

But Ive never met them. I do not share a long, and usually colourful history (family isnt always sunshine and rainbows) with them. My character may have known them for his or her whole life. But to me as the player, these people are strangers.

This boils down to basically two problems:

So first, it sabotages the emotional engagement that theyre supposed to bring to the table. How am I supposed to see someone as my beloved brother or mother that Ive literally just met? If you want me to emotionally invest in your characters, you have to do the actual work and flesh these characters out.

Give me the opportunity to know them. Let me experience real stories together with them. And once youve done that, theres no longer a narrative need to make these people my family. I am already emotionally invested in them. Even if theyre only friends I picked up along the way.

And second, how can I decide what my character would do in any given case if I dont know what he or she knows? People treat their sisters or fathers differently. Depending on how their family works (or not).

If the family is part of the story, the game will eventually expect me to make choices regarding these people. Even if it is only a simple dialogue response (e.g. friendly vs. confrontational vs. obedient). But how can I make that choice?

I dont know the full story. How could I? The full story is the entire life of my character up to the point where I take control of him or her. Thats way too much information fit into a game, even if I was willing to learn it all.

And so am standing there, hovering over the different dialogue options in an awkward silence that drags on and on. Because I dont know which option to pick.

Yeah, sure. I can just take off my roleplaying hat for a second and click on something. This may not even a problem for some people. Particularly if they do not actually care about roleplaying and are just in it for the killz. But for me, it is a bad design choice.

While currently no example comes to mind, I am willing to grant that there may be exceptions. Perhaps there is a scenario in which it really makes sense to involve the characters family in the story. But dont just assume that your game is the exception because its yours and obviously oh so very unique.

Remember: Its easy to go wrong by bringing the protagonists family into the plot. And its really, really hard to go wrong with the no-family strategy. I mean: How many RPGs can you name where youd say: Gee, you know what this story has been missing all along? Family for my character! It would be so much better that way!

By the way: When Im talking about family, I basically mean everyone who is like family - blood-relative or not. Hence, this may also extent to old childhood friends, fiancees or spouses, close former colleagues or classmates, etc.

Dont force the player to engage with people from their protagonists past over a longer period of time in your game. Unless youre really, really, really sure you know what youre doing.

Its ok if the protagonist has a past. And a few mentions of that wont kill anyone. But if you absolutely have to dig it up and make it a not insignificant part of the game, then you better go through work of actually bringing the player up to speed on it.

Otherwise, its better to let the player and the protagonist begin their journey together. So that theyre both on the same page when it comes to the people who surround them and whom they will have to make decisions for.